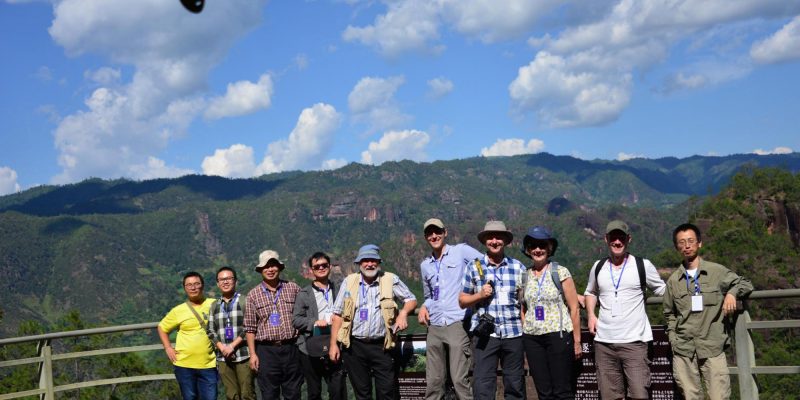 This July we set out for our first field visit to China with great excitement, especially after seeing recent pictures from the various field sites and the beautiful location of the Xishuangbanna Tropical Botanical Garden from the kick off meeting held in Bristol in late February. These locations did not disappoint!

There was some initial trepidation due to the timing of this first fieldwork visit as the Asian monsoon is usually in full swing (it is active between June and September), however what can only be seen as a very good omen for the project we actually arrived in glorious sunshine and high temperatures (lows 30 Deg. C) as the monsoon decided to take a break period which would last the whole duration of our trip, well mostly…..but we will come to that later.

15th Lijiang. Paul Valdes had left the UK earlier than the other UK members of the group having been invited to run a workshop on climate modelling for PhD students and early career scientists in Xian. However, and quite surprisingly considering Bob Spicer, Su Tao (group 1), Alex Farnsworth, Jan-Peter Mayser (group 2) and Paul Valdes, Anne Valdes (group 3) all arrived within half and hour of each other from three different destination to converge in Lijiang in one piece.

16th – Jianchuan. We first set out to our first destination of Jianchuan prefecture which is home to the Dali minorities people to see some volcanic deposits which will help with accurately dating fossil sites which are believed to be of Oligocene epoch. A few samples were picked up here which we hope will yield some biomarkers for analysis.

That afternoon we went to the nearby Linming three gorges geologic national park to climb Mt. Laojun to see some of the modern local flora and faunal life which was combined with some quite spectacular views over the local countryside. 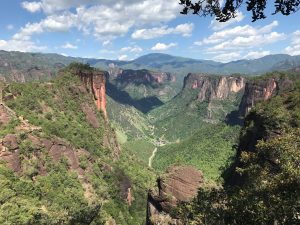 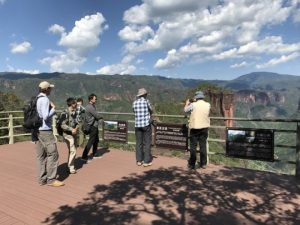 That night after some wonderful food and discussions (sciences and cultural) we were lucky enough to be present for a local Dai festival which we were all ushered in to see. Some beautiful clothing, dancing and singing commenced which all enjoyed immensely. However that was not the end of it. After what was probably one too many alcoholic beverages, in particular the lethal Baiju (a Chinese beverage made from grain and a whopping 57% alcoholic content!) Alex Farnsworth and Su Tao had the bright idea to join in the dancing in the centre of the arena as other locals were also. Although the style of dancing did not seem too intricate at first this was found to be anything but easy. In the end the whole UMBRELLA team decided to also join in the festivities with the locals being very friendly and accepting of our bad dancing (some even unsuccessfully tried to teach us the intricate dancing movements). 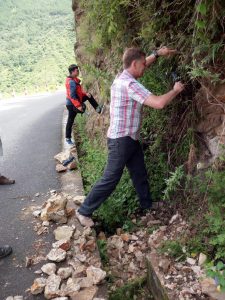 17th – Jizu. We visited Mt. Jizu a highly sacred and spiritual place for the Buddhist community which had many temples and pagoda’s around the mountain with a very beautiful pagoda at its peak. We came to see some of the diversity in the flora here with the change in elevation and how local topography can be influential in the range and type of biomes that can exist.

18th – Lvhe. A fortunate road side encounter and a pair of eagle eye’s from Su Tao found a treasure trove of plant fossils that was not known before. Although the age of the fossils cannot be dated yet, it is believed to be of Oligocene in origin.  Even the resident modellers got involved (see picture right, Paul Valdes). Although I am not sure that the local roads authority would have been too happy with our excavating of the cliff face and all the rubble we brought down with it.

19th -22st – Xishuangbanna Tropical Botanical Garden (XTBG). After some initial field site visits on the way to Kunming where some more pilot samples taken for JP to do some biomarker analysis on we headed to the airport to catch a late flight to XTBG. The ext day we were given a tour of the botanical gardens which are part of XTGB which contain many thousands, probably hundreds of thousands of unique plant life. On the fringes of the Gardens themselves was a rain forest reserve where current research takes place for a variety of different topics such as climate change, biodiversity, environmental response but to name a few. An interesting day of discussions with the group and faculty in XTBG about recent research and findings and planning our next field visits to Yunnan in October as well as preparing for the fieldwork component in Tibet we retired for the day to a local resturant where we were served the most fantastic local banquet (see below). 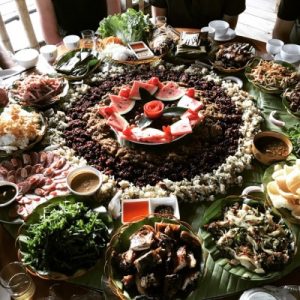 23rd -26th Guangzhou. Our next visit was to Sun Yat-Sen University in Guangzhou to meets the members of the team who are experts in Cenozoic plant morphology and anatomy and will be leading the Southern China fieldwork visits. Again, more good discussion were undertaken with further emphasis on how the modelling, biomarker data, fossil data and other geologic data can be brought together to give an accurate view of the evolution of plant life and climate throughout S.E. Asia throughout the Cenozoic.

At this point most of the team parted ways , some taking the opportunity to further explore China (Paul and Anne), some off to a conference on plant life in China (Su Tao and Bob) and others taking the opportunity to visit Guangzhou and see the city a bit more (Alex and Jan-Peter). As mentioned earlier, the weather did not completely behave….on the day Alex and Jan-Peter were leaving to head back to the UK a tropical cyclone descended on Southern China. Alex was very happy as he had studies them in the past and always wanted to experience one. Plus it provided some beautiful cloud formations. However it also threatened to ground every flight. After arriving at the airport and looking at the departures screen and seeing a wall of red which can never be a good sign we feared the worst. Thankfully though (well not for the people of those flights) ours was not cancelled, so with a bit of a bumpy ride we left Guangzhou and headed back to the UK awaiting our next visit in October! 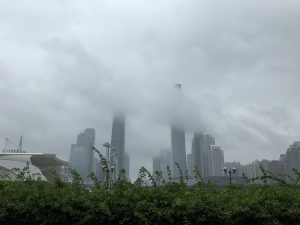