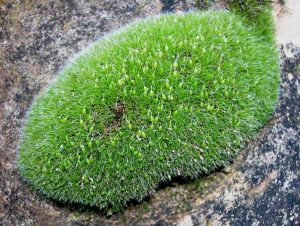 It is well established that climate (e.g. the spatial and temporal patterns of temperature, precipitation, humidity, etc.) plays a major role in the adaptation and evolution of vegetation, however it is also becoming more apparent that vegetation itself can influence climate at regional and perhaps even global levels. The influence of vegetation on climate is often ignored or sometimes mistakenly seen as marginal.

The first appearance of plants:

Some ~465 millions years ago during the Ordovician the first terrestrial plant life colonised land. Plants would have a profound initial impact on the planet allowing the evolution of faunal life that would lead to the Cambrian explosion and potentially responsible for sending the planet into a deep freeze (snowball Earth) and global extinction through CO2 drawdown leading to a significant decrease in surface temperature. Drawdown occurred due to biogenic weathering and plant respiration (removal of carbon by ligins which do not readily decompose, although the efficient of this storage mechanism in early land plants if debatable), although whether land plants simply responded to other forcings or was the initiator for this is still debated.

The impact of climate on vegetation and vice versa are not unique and has been occurring throughout the Earth’s past. Even our recent past, 10,000-5000 years ago, during a period known as the mid-Holocene climatic optimum in what is now the Sahara desert was then a Savannah, a mixed grassland and woodland ecosystem. A change in the Earth’s climate to warmer conditions led to more stable and abundant rainfall over this region than is currently seen today (Tierney, et al. 2017). indeed even today there are indications that climate change is having a positive impact over Northern Africa with the Sahel region (a regional highly modulated by the West African monsoon variability (Nicholson, et al. 2013)) is gaining more abundant rainfall with vegetation expanding throughout the region reducing the size of the Sahara (Brandt, et al. 2015). Rainfall in the Sahel is highly correlated to regional Sea Surface Temperatures (SST) with Giannini, et al. (2003) reproducing observed rainfall trends between 1930 and 2000 based on modelling SST scenarios showing that 25%-30% of interannual variation resulted from changing regional SST patterns attributed to climate change. However, increasing rainfall is not the only mechanism that is leading to an increase in vegetation and expansion in the Sahara. Some regions of vegetation expansion have not seen a subsequent increase in rainfall. Instead this has been attributed to increasing carbon dioxide concentrations. Rising CO2 concentrations can have a aerial fertilisation effect which can improve the productivity of plants. Thus, the greater atmospheric CO2 the more plants may grow. This is because plants can enhance their water use efficiency by better managing transpiration loss of water enabling them to grow in regions which which under lower CO2 would not have been previously suitable.

Vegetation will broadly tend to group into biomes, large ecologic areas where plant species (and thus related fauna) that are best adapted for a particular environment will group together based on the climate of that region (figure 1).

However other factors can also determine the suitability of a region for different species. These factors can allow certain vegetation types of co-exist, sometimes in very narrow zones of opportunity, in climatic regions where they would otherwise not be able too within a biome.  For example topography within a particular climate zone and biome can create very different ecosystems. Depending on its height, slope, aspect, geology the type of plant species can be very different. This makes understanding the evolution of the topography a crucial factor when trying to understand and interpret past evolution of climate and vegetation based on fossil evidence. More so when rapid changes in climate can occur as biomes can respond relatively quickly and modify the types of species that would otherwise exists in the same geographic location, an example of this can be seen in figure 2 where increasing surface temperature is changing the location where species can exists. This delicate balance between changing topography and climate and how vegetation responds to each is what can make reconstructing climate a difficult process and one which must reply on many different lines of evidence to reduce the [potential uncertainties.

Figure 2 – Idealised schematic of the spatial evolution of plant species resulting from increasing surface temperature and precipitation over the same topographic feature.