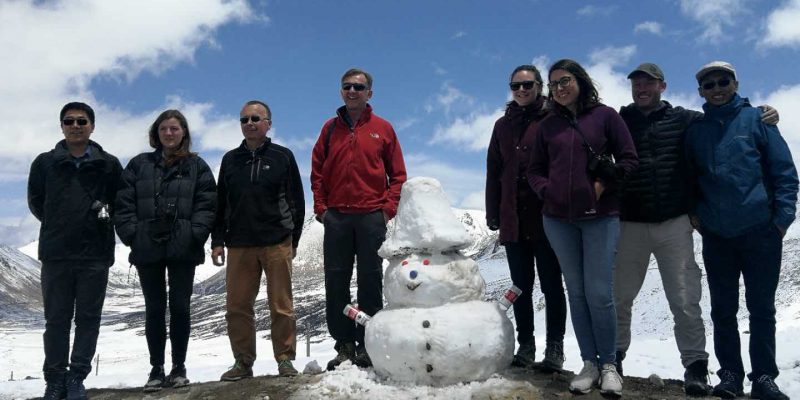 Over the last month and a half the UMBRELLA team has been in China collecting a series of new data across Guangdong, Hainan and Tibet.

Arriving on the 17th April in Guangzhou the UK team met up with the Chinese team from Sun-Yat Sen University who are experts in plaeobiology and botany for a series of highly informative discussions with leaders Jinjin Hua and Liu Xiaoyan). Both teams were able to visit a host of sites in the critically important Guangdong region were access to certain important sites was thought to be potentially unavailable due to the fast paced nature of development going on in China with outcrops being replaced with new infrastructure projects and gleaming new buildings.

From the 29th of April the UK team departed Guangdong to then meet up with the Xishguanbana Tropical Botanic Garden, Chinese Academy of Sciences group, also experts in Paleobiology and botany led by Su Tao to further plan the Tibetan field campaign. After many fruitful talks and updates on developments over the last few months, in particular with regards to climate modelling endeavours led by Paul Valdes and Alex Farnsworth and biomarker analysis by the biogeochemists Vittoria Laurentano and Caitlyn Witkowski, the team identified the critical aims for the field sites in Eastern Tibet, in particular, and excitingly, some new sites that have seen little investigation, especially by western academics. 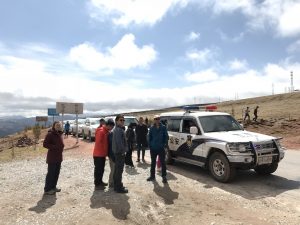 5th May saw both teams set out to Beijing to the Institute of Tibetan Plateau research to finalise fieldwork plans, inventories and last minute decisions for fieldwork itineraries with Ding Lin who was instrumental for gaining permissions and critical sites in Tibet. It is incredibly difficult to access these site because of how important these places are for the local people of Tibet, many of which are sites of special religious significance. For instance last year only 3 foreign teams were able to access regions for investigation.

7th-26th May – The China-UK team departed to Lhasa to acclimatise to the high altitude (>3.8km) in Lhasa alone, a difficult task for those familiar with working at high altitude. Some of the sites would be in excess of 4.5km and some off road adventures would also see the team traversing mountain peaks of over 5.5km with spectacular views (photo’s to come!).

26th-30th May – The team set off for Chengdu where Paul Valdes gave a talk on climate modelling at the Agricultural University in Ya’an, The University that started off the career of a then young undergraduate student Su Tao.

After many toasts and farewells until the next fieldwork the team have now departed China after a fantastic 44 days with many exciting memories and new friends made, in particular our Tibetan drivers who got us through some death defying vertical drops and roads that were incredibly dangerous if not for their skill and expertise.

Fieldwork stats (thanks to Vittoria for keeping track!):

44 days in the China