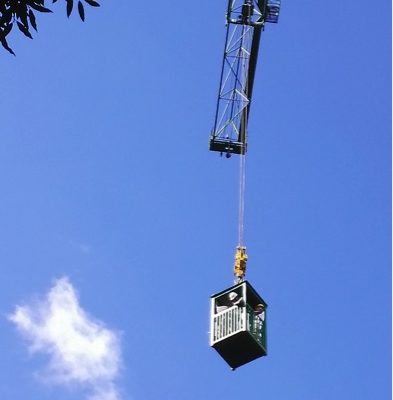 6th October – The second field work in Yunnan is now in full swing with several members of team UMBRELLA (Bob Spicer, Teresa Spicer, Alex Farnsworth and Jan-Peter Mayser) from the UK flying out to meet up with Su Tao (accompanied with some of his students in tow).

After a bit of an eventful 4 flights and some delays everyone just about managed to arrive in Jinghong in one piece, although 6 hours later than planned for Alex and JP.

8th October – After a good nights sleep we all left the hotel in high spirits for the long journey to the Alio Mountains, a region which is particularly rich in plant diversity. 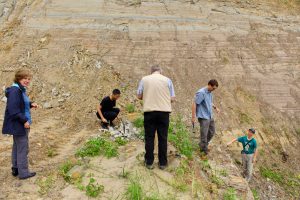 However, first some newly exposed strata (Danji formation) near Zhenyuan town which we believe might be of mid-Miocene in age. JP managed to get some nice samples through the section which should hopefully yield some nice biomarkers to get some temperatures from. Unfortunately there was no obvious ash layer meaning dating of the site may prove difficult.

Alex, although a meteorologist/climate modeller decided to try a pseudo career in Geology and made his first ever geological strata map. Proud of his achievement eminent geologist Bob Spicer decided to only give him a ‘B’ and a good effort! Maybe he is going to have to stick to climate modelling….. 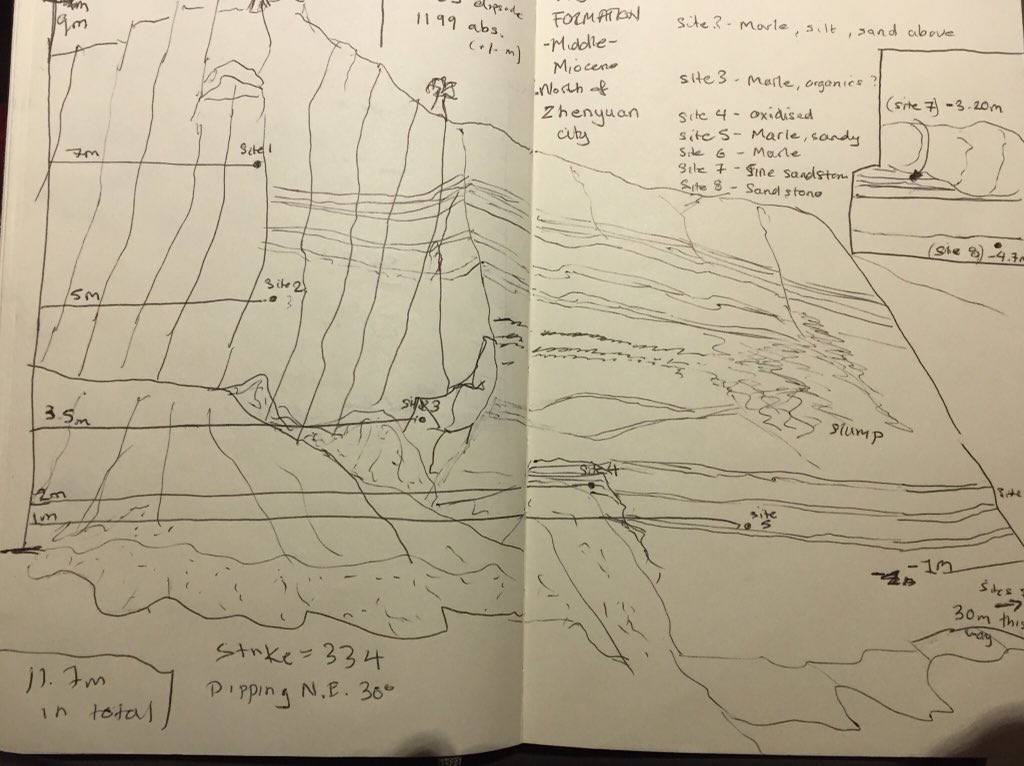 Short up the mountain

A long journey to the site field site #timelapse

9th October – The next day we departed Jingdong to head to the ecology institute where we have been sampling the different plant species inhabiting the canopy and sub-canopy of the sub-tropic rainforest. The group split into two teams to collect various different plant species. The first team took the plunge to try out the newly installed canopy crane which can lift up to four people 45 meters to the top of the canopy (see video below of the group being hoisted to the tops of canopy). 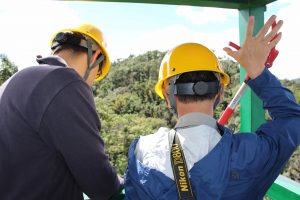 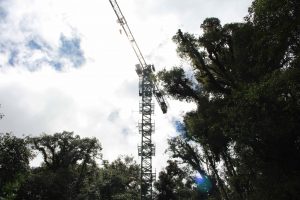 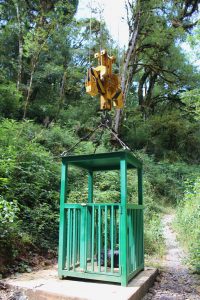 Pictures: From the Canopy crane site.

Video: Sampling from the top of the canopy crane.

The second group had the difficult task of trying to spot as many different species in the sub-canopy to take samples from on quite difficult terrane and quite literally not being able to see the woods from the trees. After many hours of sampling both groups reconvened having collecting a multitude of species to take back to base camp to dry the samples out for CLAMP analysis to be performed. Half of the samples were also then stored and dried to be taken back to Bristol to allow biomarker analysis.

Teresa Spicer – We had a fantastically productive day, far better than we could have hoped for.

10th October – The second day at the field site run by XTBG we took further samples from the canopy to make sure we had matching species from the canopy as well as the sub-canopy. We hope the interchange between light and shade conditions will provide many answers with regards to

Su Tao – This is a very good start for the project to better understand the availability of palaeoclimate reconstructions based on plant leaves, because we have both canopy and ground samples. We will be very successful in our field work.

The new samples are currently now be cataloged with the group further anticipating the nights events as a group party with other researchers working at the station being set up and a special banquet being prepared for the party. Allot of Baiju (as sort of spirit made from wheat; very strong >40-50%) and beer will be consumed I am sure! 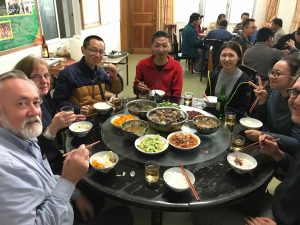 By: Alex Farnsworth and the UMBRELLA team.