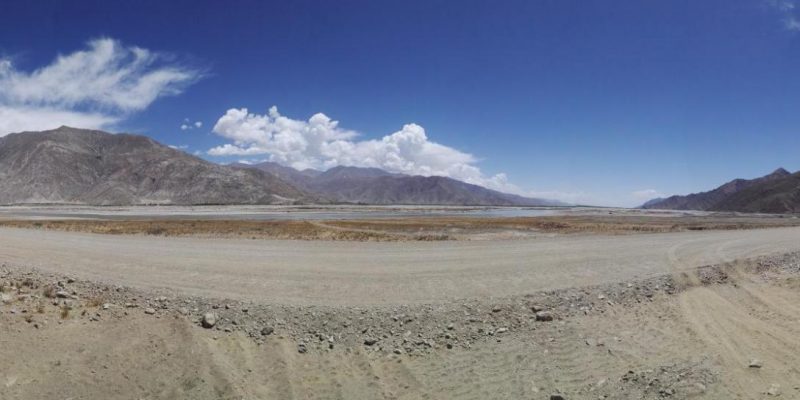 The new research, co-authored by academics from Key Laboratory of Vertebrate Evolution and Human Origins, Institute of Vertebrate Paleontology and Paleoanthropology, Chinese Academy of Sciences, University of Bristol’s School of Geographical Sciences, The Open University and Birbal Sahni Institute of Palaeosciences suggests that central Tibet must have been no higher than 2.3km with large lakes fringed with subtropical vegetation and deep, hidden valleys.

Geologists previously suggested a Tibetan ‘plateau’ of more than 4km in elevation, nearly as high as today.

However, the discovery of the ancient palm leaves show that the region was significantly lower than first thought.

The elevation measurement was made by exploiting the unique cold sensitivity of palms combined with novel climate model simulations of ancient winter temperatures across a range of possible ancient landscapes.

The research found that only a deep central valley with a floor at approximately 2km fringed north and south by high (more than 4.5 km) mountains provided the right conditions to allow palms to grow, particularly during the most cold-sensitive seedling stage of their life cycle.

Professor Tao Su Xishuangbanna from the Tropical Botanical Garden at the Chinese Academy of Sciences, said: “We collected these palm fossils from Lunpola Basin in the summer of 2016.

“We felt quite excited when we found them, especially the big one with petiole attached. Palms are a very good paleoenvironmental indicator due to their restricted distribution in tropical and subtropical regions worldwide nowadays.”

Professor Robert Spicer from the Open University, added: “The finding of these extraordinary fossils, combined with a multidisciplinary research approach, is transforming our knowledge of the ancient Tibetan landscape and how Tibet was built: it is no longer just about the India-Asia collision.”

This new finding of a deep central valley in Tibet explains the long-standing debate over the growth of Tibet where ancient surface heights estimated by isotopic techniques consistently return high elevations mostly similar to those of today (approximately 5 km), while estimates from fossils invariably point to much lower surface heights.

This can be explained by the isotopes, even in low elevation lakes, reflecting rain that falls near the mountain tops and enters the lakes by streams, while plant and animal remains such as leaves and bones, which cannot survive long distance down-slope transport, record conditions in the valley lowlands.

It now seems that as recently as 25-million-years ago the Tibetan landscape consisted of high mountains and deep valleys and must have only become a plateau much more recently after compression from India and sediment infilling raised the valley floor by at least 2.5 km to its present height of 4,655 m.

This has major implications for understanding the evolution of the highly diverse Asian biosphere and the monsoon systems that support it and the development of the landscape we see today. 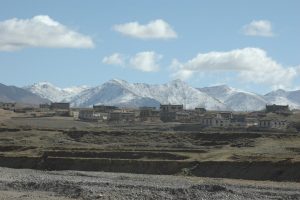 Dr Alex Farnsworth from the University of Bristol, said: “New climate modelling techniques of past environments are transforming the current view of the complex processes that occurred in the ancient past. Once untestable hypotheses can now be evaluated through novel climate modelling techniques to better understand the behaviour of past climates.”

Professor Paul Valdes, also from the University of Bristol, added: “The results of the study not only help us understand past changes in Tibet but also give us further confidence that the climate models used for future climate projections are reliable in climate regimes very different to the present.”

The international team making the discovery consists of palaeobotanists from Xishuangbanna Tropical Botanical Garden, Yunnan, China, led by Su Tao and climate modellers from The University of Bristol, UK who work together as part of the UMBRELLA project (Understanding Monsoons and Biodiversity Relevant to Landscapes and Livelihoods in Asia).

This project was funded by a joint UK and Chinese initiative and highlights the important research being conducted on the international stage in transforming our understanding of the climate system and its importance.