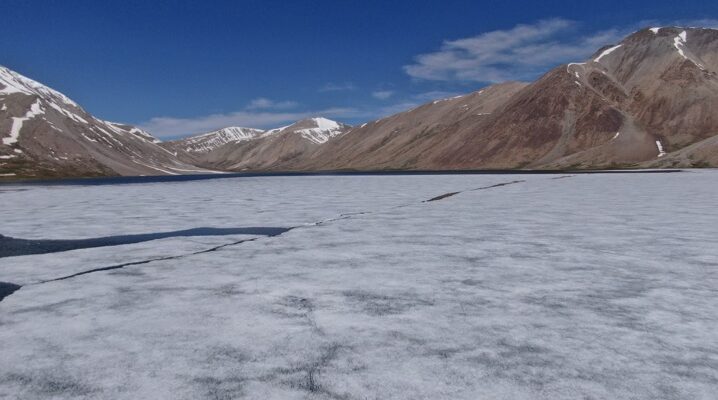 Despite Covid19 our Chinese colleagues are busy collecting plant fossils (and looking at the modern flora) in the ancient Gangdese mountains. Since the Cretaceous the Gangdese have marked the southern boundary of what is now the Tibetan Plateau.

They however are not alone all the way up there, they have to share their digs sites with a host of well-adapted animals that are just as curious about us as we are about them.

Because the Gangdese have been high (at least 4.5 km) since the early Eocene they had a profound influence on the history of the Asian monsoon system and regional biodiversity long before the rise of the Himalaya. Several days ago, the team were working at 5,600 m and then passed near to the iconic 6,638 m high Mount Kailas, which is held scared the Hindu, Buddhist, Bon and Jain religions. For this reason, the mountain remains unclimbed. It is close to the source of some of Asia’s most important rivers: the Indus, Yarlung Tsangpo/Brahmaputra, Sutlej and a tributary of the Ganges.

So far this expedition is finding some very interesting fossil finds that will hopefully increase our understanding of this critical environment.